The RStudio Connect team is occasionally asking folks to "introduce yourself" during our team meetings. I had my turn recently. I wasn't especially drawn to storytelling that talks through a photography slideshow. I'm much more interested in storytelling through song. Here is my "aronography", with annotated lyrics.

I was born in 1974
Lived in Belchertown
until the fourth grade.
Ware is where I moved,
yes, Ware is the town name,
Just south of the Quabbin Reservoir.

Our home in Belchertown was a short walk from one of the Quabbin entrances. An old road that ... disappeared beneath the water. During really dry years, you could see the foundations where buildings used to stand. 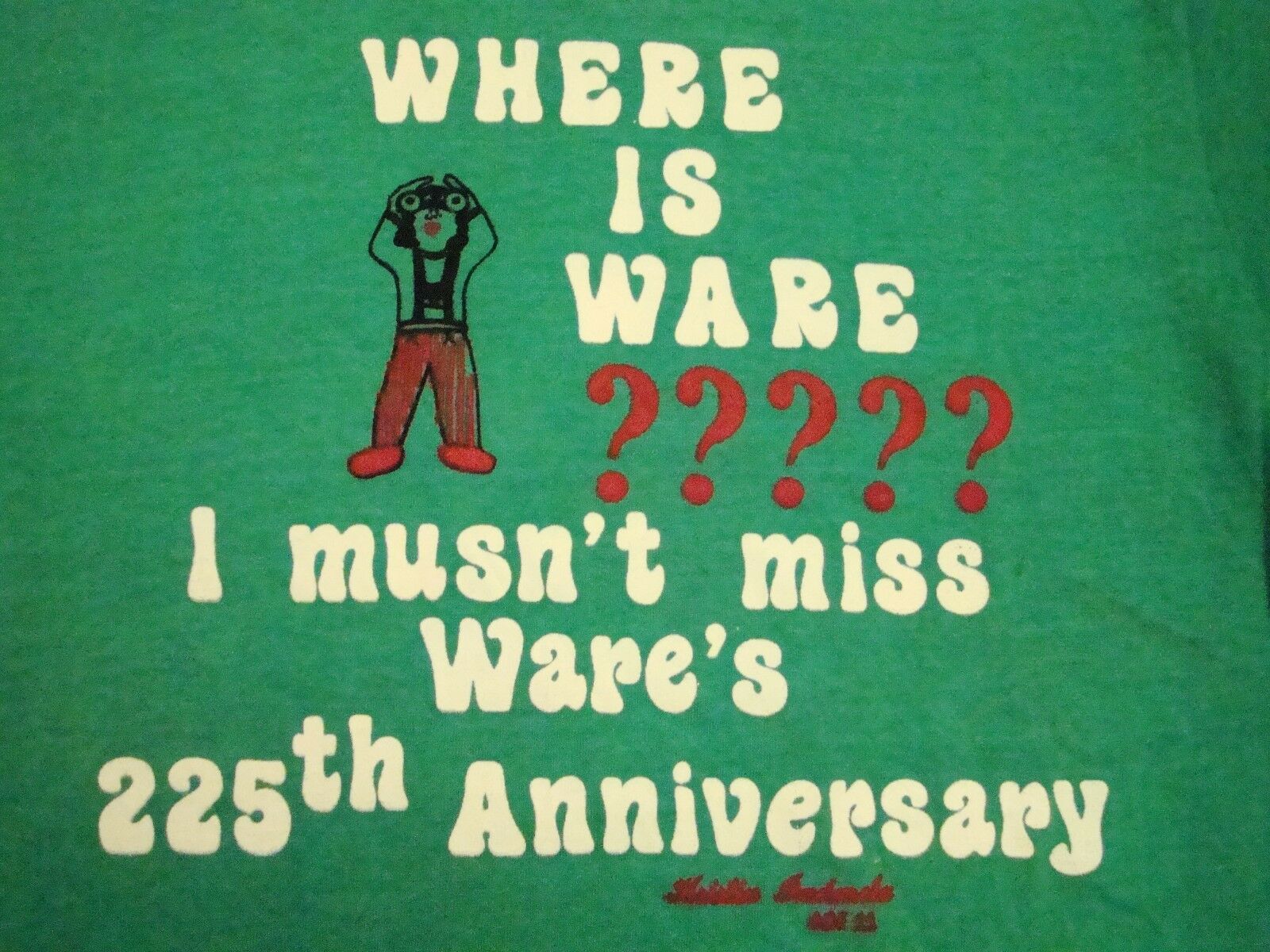 It seemed as if everyone in Ware ended up with one of these tshirts. This one has been listed on ebay for years! It appears to have been designed by one of my junior high classmates.

My last name is well known
In Western Massachusetts
Our family apple farm
Where I worked when I was underage,
surely I was underpaid,
violating labor laws!

Growing up, everyone seemed to have a story about Atkins Farms. The store is near UMass and was a frequent stop for visiting parents. Our cider donuts were amazing. In case you're asking, my favorite apple is the Macoun.

I started working when I was around 10, mostly office work, then accounting and retail.

My family has lived in New England since the 1600s.

I was in the band!
Marched at all the football games
I was the Tin Man
I had scoliosis and I grew an inch
the day they pulled me straight.

I started playing the alto saxophone in elementary school. In junior high, I switched to to the baritone saxophone. That beast was heavy, but I loved it. I played bari all through high school, including during marching season.

One of our high school musicals was "Christmas in Oz". I was the Tin Man, likely because I was tall. The costume was made of silver housing insulation. Torture under the stage lights!

I had surgery my freshman year that left a scar down my back.

My high school was destroyed by a tornado in 2011. A different school now pretends that I am an alum and asks for donations.

At college, I did lots of math.
And before you ask,
it's more than adding 2+2.
I connected dots and lines.
And I journeyed off to Budapest.
They love math in Budapest.
I met Paul Erdős in Budapest,
then he died.

I went to college at WPI in Worcester, Massachusetts. Only 45 minutes from home, college was both "close enough" and "far enough". My grandfather (the force behind the farm) also graduated from WPI in 1934 but returned to to the farm after deciding that typewriter factories weren't for him.

After a long illness, mother passed away during my sophomore year.

Of course, YOU know that it's pronounced Budapeshhhhhht!

Paul Erdős gave a talk to our program one evening in Budapest. We were so star-struck! My Erdős number is 2.

And since that day, in 1996
It's been more of the,
more of the same old same.
I type, type, type,
Then I hope and pray
To the soul of a new machine
That things go my way.

I graduated from college in 1996. Later that year, Paul Erdős passed away.

My daughter would like you to know that I do not actually pray and this was lazy rhyming on my part.

'Cos when it all goes wrong
We make a million dollar rock
So watch the stock market crash
As our start ups stop
And the videos all glitch,
As the bubble goes pop!

My first job out of college was at a company called Chrysalis Symbolic Design. We made software to help formally (mathematically) prove that a hardware design was functionally correct as it moved through its development. I wrote proofs at work!

We used to say that if our software had defects, our customers would waste a fabrication cycle and create what turned out to be million dollar rocks -- buggy chips.

My second job was at a natural language company called iPhrase. One of our early customers was the Charles Schwab brokerage.

I next joined Carbon Design Systems, another software-for-hardware company. We essentially took hardware languages (Verilog, VHDL) and converted it into C++ to run simulations.

I spent about a year working with a friend on a company we called spotstory. After that, I went to Brightcove, a video hosting company.

And so I type, type, type,
Then I hope and pray
To the soul of a new machine
That things go my way.

My family has lived in Arlington, Massachusetts since 2000. My daughter (named for my mother) was born in 2008.

Are you looking for another song that shares these chords? You're in luck! OK. That was a pretty terrible song. You really should sit down before you fall.